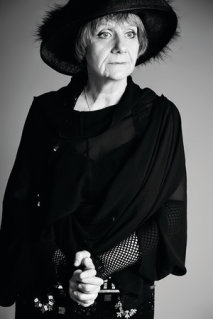 Ludmilla Petrushevskaya was born in 1938 in Moscow, where she still lives. She is the author of more than fifteen collections of prose, including the New York Times bestseller There Once Lived a Woman Who Tried to Kill Her Neighbor's Baby: Scary Fairy Tales (2009), which won a World Fantasy Award and was one of New York magazine's Ten Best Books of the Year and one of NPR's Five Best Works of Foreign Fiction, and There Once Lived a Girl Who Seduced Her Sister's Husband, and He Hanged Himself: Love Stories (2013). A singular force in modern Russian fiction, she is also a playwright whose work has been staged by leading theater companies all over the world. In 2002 she received Russia's most prestigious prize, the Triumph, for lifetime achievement. 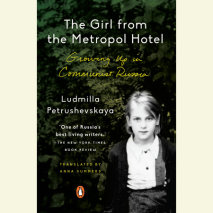 audio
The Girl from the Metropol Hotel
Author: Ludmilla Petrushevskaya | Narrator: Kate Mulgrew
Release Date: February 07, 2017
Finalist for the National Book Critics Circle Award for AutobiographyThe prizewinning memoir of one of the world’s great writers, about coming of age as an enemy of the people and finding her voice in Stalinist Russia   Born across th...
ABOUT THIS AUDIOBOOK
$15
ISBN: 9781524755560
Unabridged Download 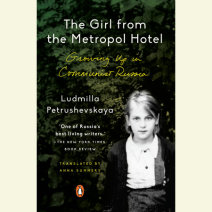