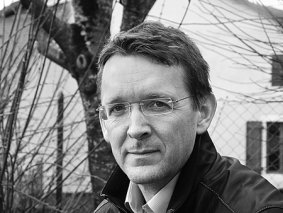 Luke McCallin
Luke McCallin’s experiences working for the United Nations as a humanitarian relief worker and peacekeeper in the Caucasus, the Sahel, and the Balkans have driven his writing, in which he explores what happens to normal people—those stricken by conflict, by disaster—who are put under abnormal pressures. His experiences also inspired a historical mystery series with an unlikely protagonist: Gregor Reinhardt, a German intelligence officer and former Berlin detective who was chased out of the police force by the Nazis.

The Man From Berlin and The Pale House were both set in Sarajevo during WWII. The Divided City followed Reinhardt's return home to the Allied occupation and a serial killer loose in the rubble. 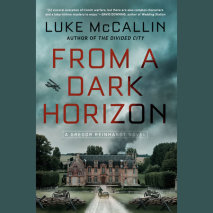 audio
From a Dark Horizon
Author: Luke McCallin | Narrator: John Lee
Release Date: December 07, 2021
In the waning days of World War I, a horrific crime behind the lines sends Lieutenant Gregor Reinhardt on a search for a killer in this electrifying thriller from the author of The Man from Berlin. It's the final days of the Great War and four years...
ABOUT THIS AUDIOBOOK
$25
ISBN: 9780593458013
Unabridged Download 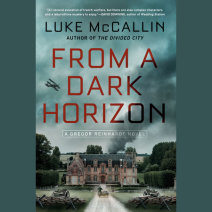