Maria Tallchief was America's first major prima ballerina and also the first Native American prima ballerina. She was born in Oklahoma in 1925. When the choreographer George Balanchine founded what would become the New York City Ballet in 1946, Tallchief became the company's first star. She was vaulted to international fame in 1949 for her performance in The Firebird. Her role as the Sugarplum Fairy in The Nutcracker turned that ballet into America's favorite. After retiring from dance in 1966 she was active in promoting ballet in Chicago. Besides being a patron of the arts, she was also a champion of Native American culture and remained closely tied to her Osage history until her death. In 1996 she received a Kennedy Center Honor for lifetime achievements. Maria Tallchief died in 2013. 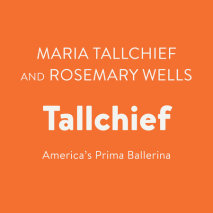 audio
Tallchief
Author: Rosemary Wells and Maria Tallchief | Narrator: Gabrielle De Cuir and Connie Mustang
Release Date: June 05, 2018
Growing up on the Osage Indian reservation, Maria Tallchief was a gifted pianist and dancer. According to Osage tradition, women are not permitted to dance, but Maria's parents recognized her gifts and allowed her to break the rule. Then when Maria r...
ABOUT THIS AUDIOBOOK
$5
ISBN: 9780525597179
Unabridged Download 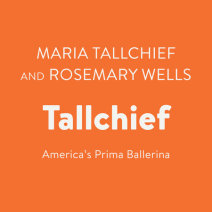