home
x
Subscribe
Marina Budhos
Marina Budhos is an author of award-winning fiction and nonfiction. Her newest novel, Watched, takes on surveillance in our post 9/11 world and is a 2017 Walter Award Honor and an Asian-Pacific American Award in Literature Honor. Watched is a companion book to Ask Me No Questions, which was an ALA Best Books and Notable, winner of the first James Cook Teen Book Award, and her YA novel Tell Us We’re Home is a 2017 Essex County Big Read YA pick.

In spring 2017, Budhos also published Eyes of the World: Robert Capa, Gerda Taro & The Invention of Modern Photojournalism, co-authored with her husband Marc Aronson. Their previous book, Sugar Changed the World: A Story of Magic, Spice, Slavery, Freedom & Science, was a 2010 Los Angeles Times Book Award Finalist. Budhos’s other books include The Professor of Light, House of Waiting, and a nonfiction book, Remix: Conversations with Immigrant Teenagers. Her short work has appeared in publications such as The Kenyon Review, Ploughshares, The Awl, The Nation, The Daily Beast, Marie Claire, Redbook, and in numerous anthologies. Ms. Budhos has received an EMMA (Exceptional Merit Media Award), a Rona Jaffe Award for Women Writers, and has twice received a Fellowship from the New Jersey Council on the Arts. She has been a Fulbright Scholar to India, given talks throughout the country and abroad, and is currently a professor of English at William Paterson University.
Read More +
2 results   page 1 of 1   view sort by 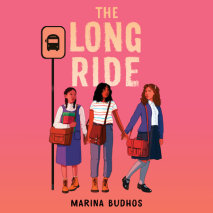 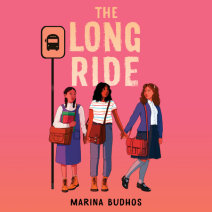 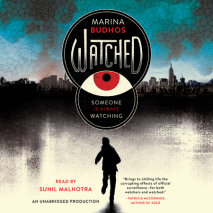 audio
Watched
Author: Marina Budhos | Narrator: Sunil Malhotra
Release Date: September 13, 2016
An extraordinary and timely novel, a Walter Dean Myers Award Honor Book, examines what it’s like to grow up under surveillance in America. Be careful what you say and who you say it to. Anyone might be a watcher. N...
ABOUT THIS AUDIOBOOK
$20
ISBN: 9780735287136
Unabridged Download 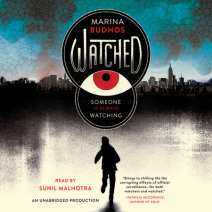