MARK OWEN, author of No Easy Day and No Hero, is a former member of the U.S. Naval Special Warfare Development Group, commonly known as SEAL Team Six. In his many years as a Navy SEAL, he has participated in hundreds of missions around the globe, including the rescue of Captain Richard Phillips in the Indian Ocean in 2009. Owen was a team leader on Operation Neptune Spear in Abbottabad, Pakistan, on May 1, 2011, which resulted in the death of Osama bin Laden. Owen was one of the first men through the door on the third floor of the terrorist mastermind's hideout, where he witnessed Bin Laden's death. 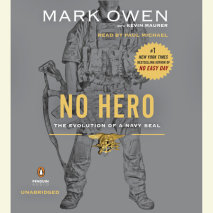 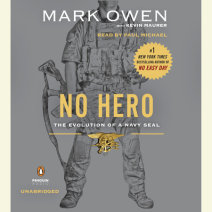 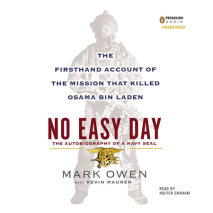 No Easy Day
Author: Kevin Maurer and Mark Owen | Narrator: Holter Graham
Release Date: September 04, 2012
The #1 New York Times bestselling first-person account of the planning and execution of the Bin Laden raid from a Navy SEAL who confronted the terrorist mastermind and witnessed his final moments. From the streets of Iraq to the rescue of Captain Ric...
ABOUT THIS AUDIOBOOK
$17.50
ISBN: 9781101613207
Unabridged Download 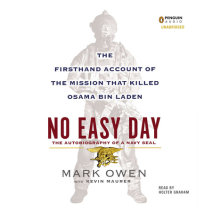