Nikki Haley is a US Ambassador to the United Nations and former governor of South Carolina. She was elected to the state's General Assembly in 2004 and re-elected in 2006 and 2008, before being elected governor in 2010. She and her husband, Michael, an officer in the South Carolina National Guard, have two children. 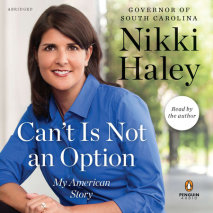 Can't Is Not an Option
Author: Nikki Haley | Narrator: Nikki Haley
Release Date: April 03, 2012
A rising star in the Republican Party shares her inspirational memoir of family, hope, and the power of the American Dream. Decades before their daughter surprised the nation by becoming governor of South Carolina, Nikki Haley's parents had a dr...
ABOUT THIS AUDIOBOOK
$17.50
ISBN: 9781101555026
Abridged Download 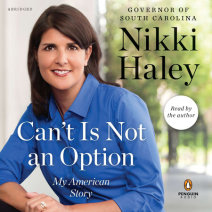