Vernon Loeb is an American author and journalist. He was metro editor at the Washington Post before being named managing editor at the Houston Chronicle. He began his career in 1978 at the Philadelphia Inquirer. In 2011 he wrote a biweekly column called IntelligenCIA, covering the United States intelligence community for the Washington Post. Loeb has four children with his wife, broadcast journalist Patricia Ford “Pat” Loeb. 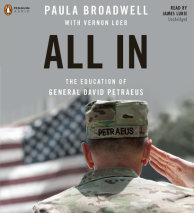 All In
Author: Paula Broadwell and Vernon Loeb | Narrator: James Lurie
Release Date: January 24, 2012
General David Petraeus is the most transformative leader the American military has seen since the generation of Marshall. In the New York Times bestseller All In, military expert Paula Broadwell examines Petraeus's career, his intellectual developmen...
ABOUT THIS AUDIOBOOK
$24
ISBN: 9781101538708
Unabridged Download 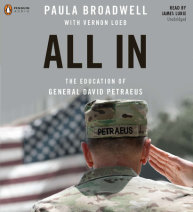