home
x
Subscribe
Ray Kurzweil
Ray Kurzweil is a prize-winning author and scientist. Recipient of the MIT-Lemelson Prize (the world’s largest for innovation), and inducted into the Inventor’s Hall of Fame, he received the 1999 National Medal of Technology. His books include:

How to Create a Mind:  The Secret of Human Thought Revealed
www.howtocreateamind.com
Viking, November 2012

Are We Spiritual Machines: Ray Kurzweil versus the Critics of Strong AI
The Discovery Institute Press (2002) 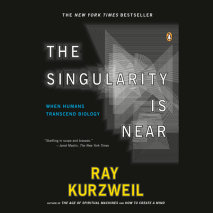 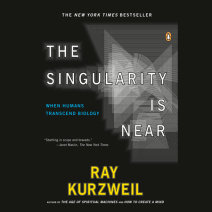 The Age of Spiritual Machines
Author: Ray Kurzweil | Narrator: Alan Sklar
Release Date: December 28, 1998
Ray Kurzweil is the inventor of the most innovative and compelling technology of our era, an international authority on artificial intelligence, and one of our greatest living visionaries. Now he offers a framework for envisioning the twenty-first ce...
ABOUT THIS AUDIOBOOK
$7.50
ISBN: 9781101100448
Abridged Download