Richard A. Clarke served as a key advisor on intelligence and counterterrorism in the administrations of Presidents Ronald Reagan, George H. W. Bush, and Bill Clinton. In 1998 President Clinton appointed him as the National Coordinator for Security, Infrastructure Protection, and Counterterrorism for the U.S. National Security Council. Since leaving the public sector in 2003, Mr. Clarke has taught at the John F. Kennedy School of Government at Harvard University and consulted for ABC News on political and security issues. He now chairs the Board of Governors of the Middle East Institute. He is the author of seven books, both fiction and nonfiction, including the #1 New York Times bestseller Against All Enemies: Inside America’s War on Terror. 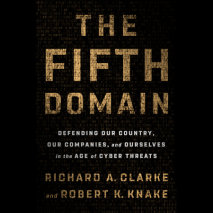 audio
The Fifth Domain
Author: Richard A. Clarke and Robert K. Knake | Narrator: Marc Cashman
Release Date: July 16, 2019
An urgent new warning from two bestselling security experts--and a gripping inside look at how governments, firms, and ordinary citizens can confront and contain the tyrants, hackers, and criminals bent on turning the digital realm into a war zone. "...
ABOUT THIS AUDIOBOOK
$22.50
ISBN: 9781984888587
Unabridged Download 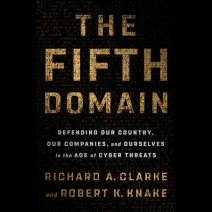 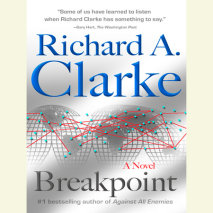 Breakpoint
Author: Richard A. Clarke | Narrator: Robertson Dean
Release Date: January 16, 2007
Against All Enemies warned about how we were conducting the war against terror. The Scorpion's Gate demonstrated what could happen. And now America's preeminent counterterrorism expert and #1 bestselling author shows us all . . .hat might come next.T...
ABOUT THIS AUDIOBOOK
$20
ISBN: 9781429585576
Unabridged Download 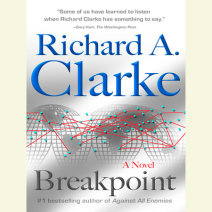