Robert Burleigh has published poems, reviews, essays, many filmstrips and videos, and more than 40 children's picture books. Born and raised in Chicago, he graduated from DePauw University (Greencastle, Indiana) and later received an MA in humanities from the University of Chicago. His  books - including numerous unpublished ones! - run a broad gamut, from stories geared for pre-schoolers to survival stories and biographies aimed at seven to eleven-year-olds. 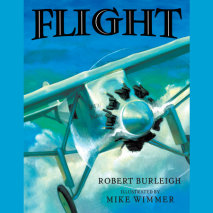 audio
Flight
Author: Robert Burleigh | Narrator: Susan Pelosi
Release Date: January 22, 2019
Winner of the Orbis Pictus Award for Nonfiction and Publishers Weekly Best Book of the Year.Flight. Loneliness. Fear. Danger. Courage. Charles Lindbergh considered all these things and more when he set out for Paris on the morning of May 20, 1927, wi...
ABOUT THIS AUDIOBOOK
$5
ISBN: 9780525628538
Unabridged Download 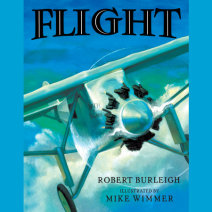