Ruth Ozeki
Ruth Ozeki is a novelist, filmmaker, and Zen Buddhist priest. She is the award-winning author of three novels, My Year of Meats, All Over Creation, and A Tale for the Time Being, which won the Los Angeles Times Book Prize and was shortlisted for the Man Booker Prize and the National Book Critics Circle Award. Her critically acclaimed independent films, including Halving the Bones, have been screened at Sundance and aired on PBS. A longtime Buddhist practitioner, Ozeki was ordained in 2010 and is affiliated with the Brooklyn Zen Center and the Everyday Zen Foundation. She lives in British Columbia and New York City. She currently teaches creative writing at Smith College, where she is the Grace Jarcho Ross 1933 Professor of Humanities in the Department of English Language and Literature.
Visit www.ruthozeki.com and follow her @ozekiland on Twitter.
Read More +
1 results   page 1 of 1   view sort by 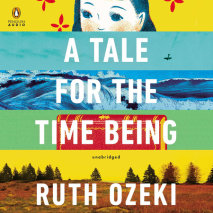 A Tale for the Time Being
Author: Ruth Ozeki | Narrator: Ruth Ozeki
Release Date: March 12, 2013
A brilliant, unforgettable, and long-awaited novel from bestselling author Ruth Ozeki“A time being is someone who lives in time, and that means you, and me, and every one of us who is, or was, or ever will be.”In Tokyo, sixteen-yea...
ABOUT THIS AUDIOBOOK
$17.50
ISBN: 9781101605301
Unabridged Download 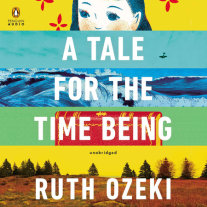