Marc Thiessen is a former speechwriter for President George W. Bush and a columnist for the Washington Post. He earned a BA from Vassar College in 1989 and went on to do post-grad at the Naval War College. In addition to serving as a spokesman and senior policy advisor for Jesse Helms, Thiessen has written numerous books about politics and terrorism. He lives in Alexandria, Virginia with his wife. 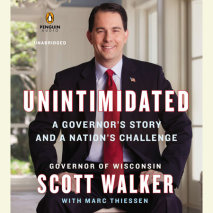 Unintimidated
Author: Scott Walker and Marc Thiessen | Narrator: Scott Walker
Release Date: November 19, 2013
A controversial governor recounts his fight to reform his state and issues a call to action for the whole country In 2010, Scott Walker was elected governor of Wisconsin with a mandate to improve its economy and restore fiscal responsibility. Wi...
ABOUT THIS AUDIOBOOK
$17.50
ISBN: 9780698135796
Unabridged Download 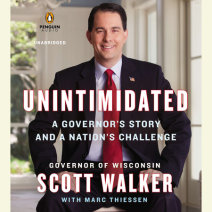