Stuart Scott was an anchor and commentator for ESPN’s SportsCenter. He was the lead host for the NBA on ESPN and ABC, as well as a host on Monday Night Football since that program moved to ESPN in 2006. His unique style and vocabulary made him one of the network’s most popular and recognized anchors.  He won the Jimmy V Award for Perseverance at the 2014 ESPY Awards. He died in January 2015. 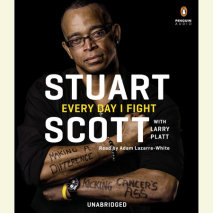 audio
Every Day I Fight
Author: Stuart Scott, Larry Platt and Robin Roberts | Narrator: Cassandra Campbell and Adam Lazarre-White
Release Date: March 10, 2015
“When you die, it does not mean that you lose to cancer.  You beat cancer by how you live, why you live, and the manner in which you live.” – Stuart ScottThe fearless, intimate, and inspiring story behind ESPN anchor Stuart Sco...
ABOUT THIS AUDIOBOOK
$17.50
ISBN: 9780698402409
Unabridged Download 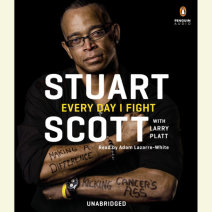