Ted Williams, known as "The Man With the Golden Voice," grew up in Bedford-Stuyvesant, Brooklyn, and was once the #1 drive-time DJ in Columbus, Ohio. Due to drug and alcohol addiction, he eventually lost his job and spent 17 years homeless on the streets of Columbus. After achieving viral fame, Williams got clean and is back on the airwaves, doing voiceover work for the likes of Kraft, Pepsi, and MSNBC, among others. He now cohosts a radio show, WVKO-AM Columbus's "The Golden Voice Show" with Scott Anthony. 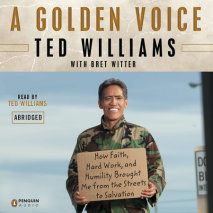 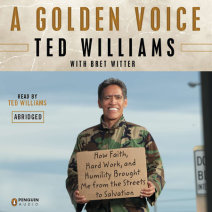