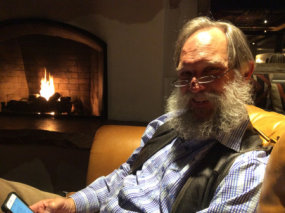 W. Michael Gear is a New York Times and international  bestselling author with 17 million copies of his books in print. Married to bestselling author Kathleen O'Neal Gear, he holds a master's degree in anthropology, has authored more than 50 novels, and has been translated into 29 languages. He has worked as a forensic anthropologist, was principal investigator in his own archaeological firm, and raised bison for 29 years. He was twice awarded Producer of the Year by the National Bison Association. His hobbies include shooting large-caliber rifles and long-distance touring on his Moto Guzzi named Sheela. Gear lives in Wyoming. 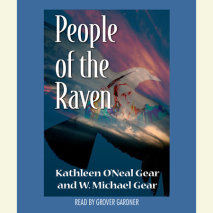 People of the Raven
Author: Kathleen O'Neal Gear and W. Michael Gear | Narrator: Grover Gardner
Release Date: June 04, 2004
In this newest installment of the bestselling Prehistoric North America series, animals and humans are struggling for survival amidst massive environmental change. Mammoths, mastodons, and giant lions have become extinct, and Rain Bear, the chief of ...
ABOUT THIS AUDIOBOOK
$24.98
ISBN: 9781415912973
Unabridged Download 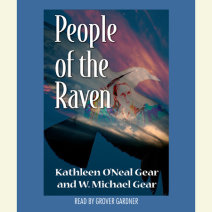