William Richter is a veteran Hollywood screenwriter and script doctor. He currently has several film projects in development and in the past has produced work for Ron Howard and Tom Hanks. Richter was nominated for an Emmy Award as a producer of “We Stand Alone Together,” the documentary episode of the HBO miniseries Band of Brothers. For more information, visit williamrichterbooks.com. 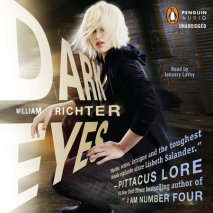 audio
Dark Eyes
Author: William Richter | Narrator: January LaVoy
Release Date: March 15, 2012
Wally was adopted from a Russian orphanage as a child and grew up in a wealthy New York City family. At fifteen, her obsessive need to rebel led her to life on the streets. Now the sixteen-year-old is beautiful and hardened, and she's just stumbled ...
ABOUT THIS AUDIOBOOK
$25
ISBN: 9781101539613
Unabridged Download 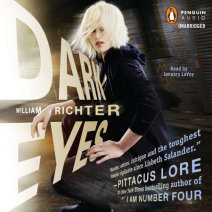