Bernard Knox was the first director and later director emeritus of Harvard’s Center for Hellenic Studies in Washington, DC. An English classicist and author, he became an American citizen and worked in academia. In 1992 the National Endowment for the Humanities selected Knox for the Jefferson Lecture, the U.S. federal government's highest honor for achievement in the humanities. He died in 2010. 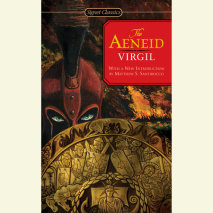 The Aeneid
Author: Virgil, Robert Fagles and Bernard Knox | Narrator: Simon Callow
Release Date: November 02, 2006
From the award-winning translator of The Iliad and The Odyssey comes a brilliant new translation of Virgil's great epicFleeing the ashes of Troy, Aeneas, Achilles’ mighty foe in the Iliad, begins an incredible journey to fulfill his destiny as ...
ABOUT THIS AUDIOBOOK
$22.50
ISBN: 9781429508445
Unabridged Download 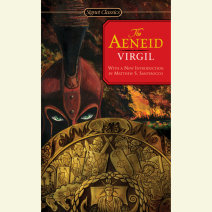 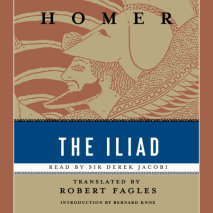 The Iliad
Author: Homer, Robert Fagles and Bernard Knox | Narrator: Derek Jacobi and Maria Tucci
Release Date: August 17, 2006
Dating to the ninth century BC, Homer’s timeless poem still vividly conveys the horror and heroism of men and gods wrestling with towering emotions and battling amidst devastation and destruction, as it moves inexorably to  the wrenching, ...
ABOUT THIS AUDIOBOOK
$20
ISBN: 9781101058077
Abridged Download 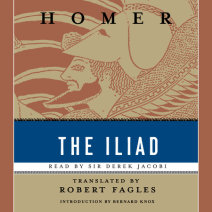