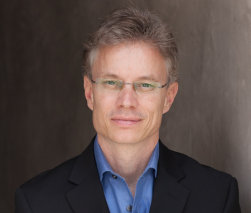 DAVID CALLAHAN is the author of seven previous nonfiction books including The Cheating Culture: Why More Americans Are Doing Wrong to Get Ahead and Fortunes of Change: The Rise of the Liberal Rich and the Remaking America. He is founder and editor of the media site Inside Philanthropy, and co-founder of the national think tank Demos. His writing has appeared in numerous publications, including The New York Times, USA Today, the Los Angeles Times, and The Washington Post, and he is a frequent media commentator. He is a graduate of Hampshire College and holds a Ph.D. in politics from Princeton University.

audio
The Givers
Author: David Callahan | Narrator: Ryan Gesell
Release Date: April 11, 2017
An inside look at the secretive world of elite philanthropists--and how they're quietly wielding ever more power to shape American life in ways both good and bad. While media attention focuses on famous philanthropists such as Bill Gates and Charles ...
ABOUT THIS AUDIOBOOK
$20
ISBN: 9781524757076
Unabridged Download