Nancy Reagan (1921–2016) was America's first lady from 1981 to 1989. She was born in New York, raised in Chicago, and attended Smith College. During the summers before graduation, Nancy worked in summer-stock theater productions. In New York, she appeared on Broadway, including in Lute Song with Mary Martin. She was signed by MGM and made eight motion pictures for the studio before leaving to marry Ronald Reagan. Nancy is the author of the memoir My Turn. 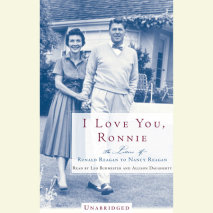 I Love You, Ronnie
Author: Nancy Reagan | Narrator: Leo Burmester and Allison Daugherty
Release Date: March 29, 2016
No matter what else was going on in his life or where he was--travelling to make movies for G.E., in the California governor's office, at the White House, or on Air Force One, and sometimes even from across the room--Ronald Reagan wrote letters to Na...
ABOUT THIS AUDIOBOOK
$10
ISBN: 9781524721480
Unabridged Download 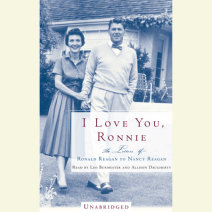