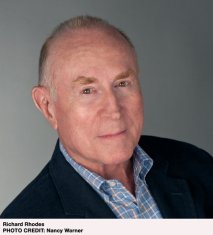 Richard Rhodes is the author or editor of 22 books, including The Twilight of the Bomb, the last volume in a quartet about nuclear history. The first, The Making of the Atomic Bomb, won the Pulitzer Prize, a National Book Award, and a National Book Critics Circle Award.  He has received numerous fellowships for research and writing, including grants from the Ford Foundation, the Guggenheim Foundation, the MacArthur Foundation, and the Alfred P. Sloan Foundation. He has been a visiting scholar at Harvard and MIT and a host and correspondent for documentaries on public television's Frontline and American Experience series. An affiliate of the Center for International Security and Cooperation at Stanford University, he lectures frequently to audiences in the United States and abroad. 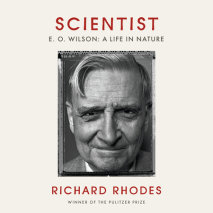 audio
Scientist
Author: Richard Rhodes | Narrator: Lincoln Hoppe
Release Date: November 09, 2021
A masterful, timely, fully authorized biography of the great and hugely influential biologist and naturalist E. O. Wilson, one of the most ground-breaking and controversial scientists of our time—from the Pulitzer Prize-winning author of The Ma...
ABOUT THIS AUDIOBOOK
$20
ISBN: 9780593455463
Unabridged Download 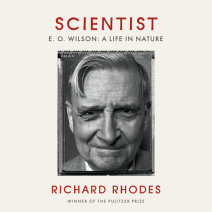 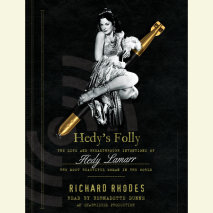 audio
Hedy's Folly
Author: Richard Rhodes | Narrator: Bernadette Dunne
Release Date: November 29, 2011
What do Hedy Lamarr, avant-garde composer George Antheil, and your cell phone have in common? The answer is spread-spectrum radio: a revolutionary inven­tion based on the rapid switching of communications sig­nals among a spread of different ...
ABOUT THIS AUDIOBOOK
$15
ISBN: 9780307940582
Unabridged Download 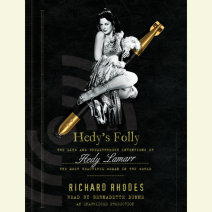 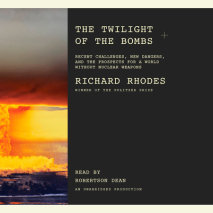 audio
The Twilight of the Bombs
Author: Richard Rhodes | Narrator: Robertson Dean
Release Date: August 24, 2010
The culminating volume in Richard Rhodes’s monumental and prizewinning history of nuclear weapons, offering the first comprehensive narrative of the challenges faced in a post–Cold War age.The past twenty years have transformed our relati...
ABOUT THIS AUDIOBOOK
$22.50
ISBN: 9780307736680
Unabridged Download 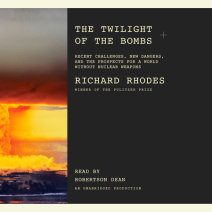 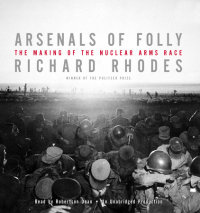 Arsenals of Folly
Author: Richard Rhodes | Narrator: Robertson Dean
Release Date: October 09, 2007
From the Pulitzer Prize—winning author of The Making of the Atomic Bomb: the story of the entire postwar superpower arms race, climaxing during the Reagan-Gorbachev decade when the United States and the Soviet Union came within scant hours of n...
ABOUT THIS AUDIOBOOK
$25
ISBN: 9781415943304
Unabridged Download 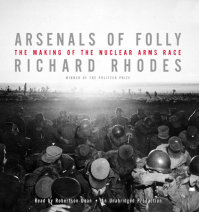