Ron Franscell is the acclaimed author of 18 books and has been hailed as one of America’s best narrative nonfiction writers. A journalist who has covered war and natural disasters abroad, he wrote the international true-crime bestsellers The Darkest Night and the 2017 Edgar finalist Morgue: A Life in Death. His debut book Angel Fire—a USA Today bestselling literary novel about two brothers and the wounds of war—was listed by the San Francisco Chronicle among the 100 Best Novels of the 20th Century West. 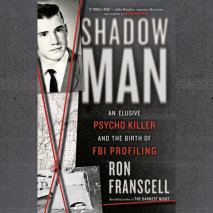 audio
ShadowMan
Author: Ron Franscell | Narrator: Patty Nieman and Chris Berger
Release Date: March 01, 2022
"Mindhunter crossed with American Gothic. This chilling story has the ghostly unease of a nightmare."—Michael Cannell, author of Incendiary: The Psychiatrist, the Mad Bomber and the Invention of Criminal Profiling The pulse-pounding accoun...
ABOUT THIS AUDIOBOOK
$20
ISBN: 9780593552223
Unabridged Download 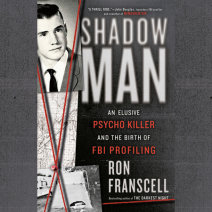