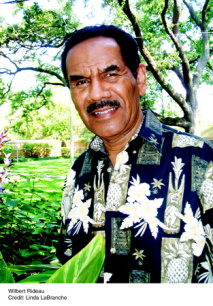 Wilbert Rideau was editor of The Angolite, a prison newsmagazine that during his tenure was nominated seven times for a National Magazine Award. While in prison, he was a correspondent for NPR’s Fresh Air; coproduced and narrated a radio documentary, “Tossing Away the Keys,” for NPR’s All Things Considered; served as correspondent for "In for Life" for ABC-TV's Day One”; and codirected the Academy Award–nominated film The Farm: Angola, USA. He is the recipient of a George Polk Award and an American Bar Association Silver Gavel Award, among others. He was awarded a Soros Justice Fellowship in 2007 and works as a consultant with the Federal Death Penalty Resource Counsel Project. He lives in Louisiana. 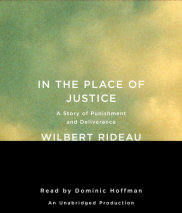 audio
In the Place of Justice
Author: Wilbert Rideau | Narrator: Dominic Hoffman
Release Date: April 27, 2010
From Wilbert Rideau, the award-winning journalist who spent forty-four years in Louisiana prisons working against unimaginable odds to redeem himself, the story of a remarkable life: a crime, its punishment, and ultimate triumph.After killing a woman...
ABOUT THIS AUDIOBOOK
$25
ISBN: 9780307736727
Unabridged Download 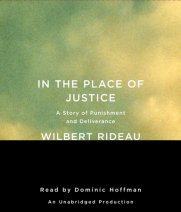