Alex Wagner is a cohost and executive producer of Showtime's political documentary series The Circus and a national correspondent for CBS News. She is also a contributing editor at the Atlantic and the host of their popular podcast Radio Atlantic. She was the host of MSNBC's Emmy-nominated NOW with Alex Wagner. 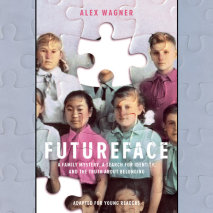 audio
Futureface (Adapted for Young Readers)
Author: Alex Wagner | Narrator: Erin Bennett
Release Date: January 28, 2020
For anyone who is interested in genealogy and DNA profiling, this is the story of a journalist who travels the world to solve the mystery of her ancestry, facing questions about American identity and what it means to belong. Now adapted for young rea...
ABOUT THIS AUDIOBOOK
$18
ISBN: 9780593155592
Unabridged Download 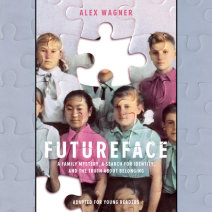 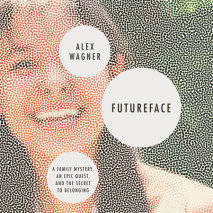 audio
Futureface
Author: Alex Wagner | Narrator: Alex Wagner
Release Date: April 17, 2018
An acclaimed journalist travels the globe to solve the mystery of her ancestry, confronting the question at the heart of the American experience of immigration, race, and identity: Who are my people?“A thoughtful, beautiful meditation on what m...
ABOUT THIS AUDIOBOOK
$20
ISBN: 9780525494539
Unabridged Download 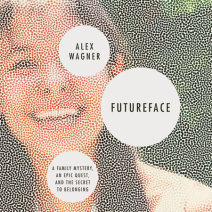