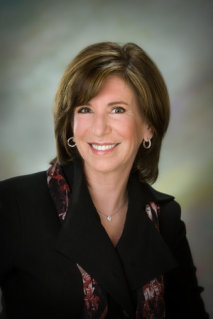 Jerilyn Ross, MA, was one of the nation’s leading experts on anxiety disorders and the author of One Less Thing to Worry About: Uncommon Wisdom for Coping with Common Anxieties. Ross received the 2004 Patient Advocacy Award from the American Psychiatric Association, the 2001 Anxiety Disorder Initiative Award from the World Council on Anxiety and the World Psychiatric Association, a 2000 Telly Award, and a 1994 Distinguished Humanitarian Award from the American Association of Applied and Preventive Psychology. She died in 2010. 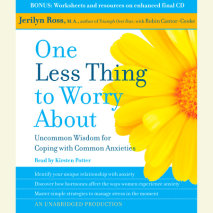 audio
One Less Thing to Worry About
Author: Jerilyn Ross and Robin Cantor-Cooke | Narrator: Kirsten Potter
Release Date: April 14, 2009
When it comes to having anxiety, women outnumber men two to one. Fluctuations in levels of estrogen and other hormones, as well as physiological factors unique to women, seem to cause us not only to experience anxiety differently at different times...
ABOUT THIS AUDIOBOOK
$16
ISBN: 9780739384633
Unabridged Download 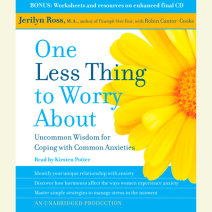