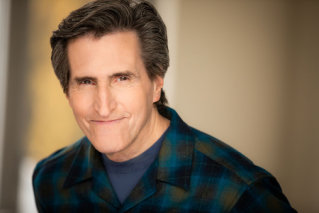 Paul Rudnick is a novelist, playwright, essayist, and screenwriter, whom The New York Times has called "one of our preeminent humorists." His plays have been produced both on and off Broadway and around the world, and include I Hate Hamlet, Jeffrey, The Most Fabulous Story Ever Told, Valhalla, Regrets Only, and The New Century. His novels include Social Disease and I'll Take It, both from Knopf. He's a regular contributor to The New Yorker, and his articles and essays have also appeared in The New York Times, Esquire, Vogue, and Vanity Fair. 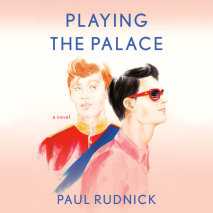 audio
Playing the Palace
Author: Paul Rudnick | Narrator: Michael Urie
Release Date: May 25, 2021
One of Buzzfeed's 39 Excellent LGBTQ Books To Read This Month And AlwaysTHEIR LOVE STORY CAPTIVATED THE WORLD…THE CROWN PRINCE AND THAT GUY FROM NEW YORK When a lonely American event planner starts dating the gay Prince of Wales, a royal uproa...
ABOUT THIS AUDIOBOOK
$17.50
ISBN: 9780593411865
Unabridged Download 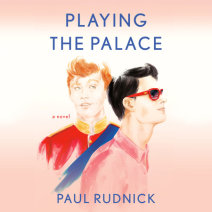