R. A. Salvatore is a fantasy author best known for The DemonWars Saga, his Forgotten Realms novels, and Vector Prime, the first novel in the Star Wars: The New Jedi Order series. He has sold more than fifteen million copies of his books in the United States alone, and more than twenty of his titles have been New York Times bestsellers. R. A. Salvatore lives with his wife, Diane, in his native state of Massachusetts. 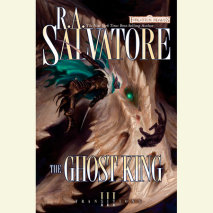 audio
The Pirate King
Author: R.A. Salvatore | Narrator: Mark Bramhall
Release Date: September 22, 2009
Drizzt returns to Luskan, and the Realms will never be the same!The Arcane Brotherhood has long held the city of Luskan in their power, but when corruption eats away at their ranks, Captain Deudermont comes to the rescue of a city that has become a s...
ABOUT THIS AUDIOBOOK
$22.50
ISBN: 9780307714213
Unabridged Download 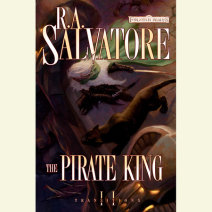 audio
The Orc King
Author: R.A. Salvatore | Narrator: Mark Bramhall
Release Date: September 22, 2009
Drizzt is back in this exciting new trilogy from R.A. Salvatore!An uneasy peace between the dwarves of Mithral Hall and the orcs of the newly established Kingdom of Many-Arrows can't last long. The orc tribes united under Obould begin to fight each o...
ABOUT THIS AUDIOBOOK
$22.50
ISBN: 9780307714237
Unabridged Download 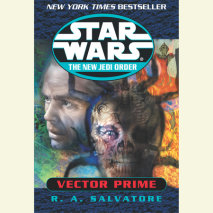 Vector Prime: Star Wars (The New Jedi Order)
Author: R.A. Salvatore | Narrator: Anthony Heald
Release Date: February 20, 2007
Twenty-one years after the Battle of Endor, the New Republic will face an even darker enemy. . . .More than two decades after the heroes of the Rebel Alliance destroyed the Death Star and broke the power of the Emperor, the New Republic has struggled...
ABOUT THIS AUDIOBOOK
$9.99
ISBN: 9780375418051
Abridged Download 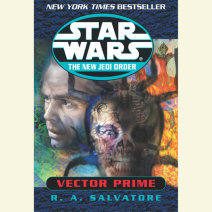 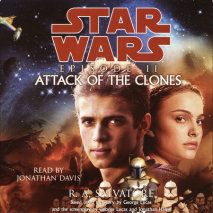 Star Wars: Episode II: Attack of the Clones
Author: R.A. Salvatore | Narrator: Jonathan Davis
Release Date: September 13, 2005
There is a great disturbance in the Force. . . . From the sleek ships of the glimmering Coruscant skyscape to the lush gardens of pastoral Naboo, dissent is roiling. The Republic is failing, even under the leadership of Supreme Chancellor Palpatine, ...
ABOUT THIS AUDIOBOOK
$24.98
ISBN: 9780739333136
Abridged DownloadUnabridged Download 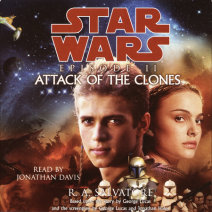