home
x
Subscribe
Justin Scott
Justin Scott has written more than 30 thrillers, historicals, and mystery novels, including The Shipkiller, Normandie Triangle, and The Empty Eye of the Sea. With many books set at sea, he has been called “the Dick Francis of yachting.” His main pen name is Paul Garrison, under which he has written five modern sea thrillers, including Fire and Ice, Red Sky at Morning, Sea Hunter, The Ripple Effect, and the Paul Janson series based on a Robert Ludlum character. Scott created the Ben Abbott detective series and was twice nominated for the Edgar Allan Poe Award by the Mystery Writers of America. He collaborates with Clive Cussler on the Isaac Bell series (The Wrecker, The Spy, The Race, The Thief, The Striker, The Bootlegger, and The Assassin). He lives in Connecticut with his wife.
Read More +
9 results   page 1 of 1   view sort by 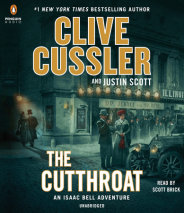 audio
The Cutthroat
Author: Clive Cussler and Justin Scott | Narrator: Scott Brick
Release Date: March 14, 2017
Isaac Bell may be on the hunt for the greatest monster of all time in this riveting action-adventure novel from #1 New York Times–bestselling author Clive Cussler.   The year is 1911. Chief Investigator Isaac Bell of the Van Dorn Detective...
ABOUT THIS AUDIOBOOK
$22.50
ISBN: 9781524723606
8 Unabridged CDsUnabridged Download 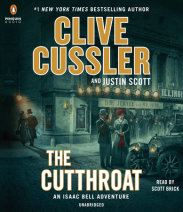 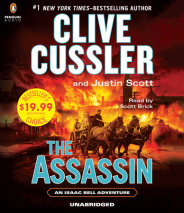 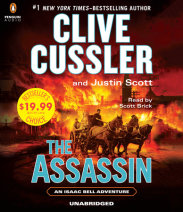 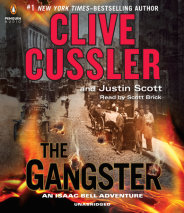 audio
The Gangster
Author: Clive Cussler and Justin Scott | Narrator: Scott Brick
Release Date: March 01, 2016
Turn-of-the-century Detective Isaac Bell takes on the upstart leader of a vicious crime organization in this novel in the #1 New York Times–bestselling series. It is 1906, and in New York City, the Italian crime group known as the Bla...
ABOUT THIS AUDIOBOOK
$22.50
ISBN: 9780147525123
Unabridged Download 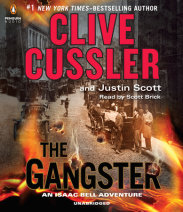 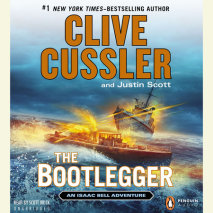 audio
The Bootlegger
Author: Clive Cussler and Justin Scott | Narrator: Scott Brick
Release Date: March 04, 2014
When Detective Isaac Bell’s mentor is shot, the turn-of-the-century investigator traces the attack from a booze-smuggling operation back to a team of international saboteurs in this #1 New York Times–bestselling series.   It is 1920,...
ABOUT THIS AUDIOBOOK
$22.50
ISBN: 9780698150010
Unabridged Download 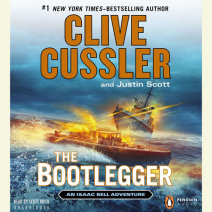 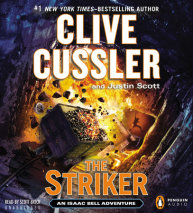 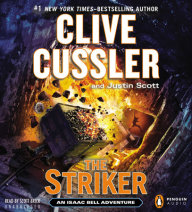 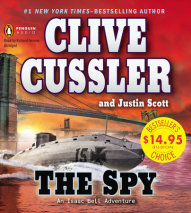 The Spy
Author: Clive Cussler and Justin Scott | Narrator: Richard Ferrone
Release Date: October 25, 2012
Detective Isaac Bell, hero of The Chase and The Wrecker, returns in the remarkable new adventure from the #1 New York Times-bestselling author. It is 1908, and international tensions are mounting as the world plunges toward war. When a brilliant Ame...
ABOUT THIS AUDIOBOOK
$22.50
ISBN: 9781101223079
5 Abridged CDsAbridged DownloadUnabridged Download 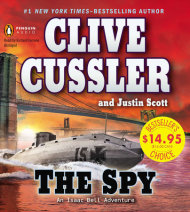 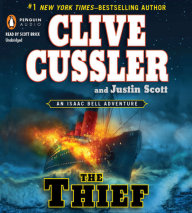 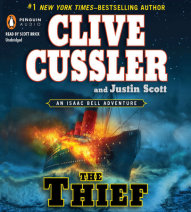 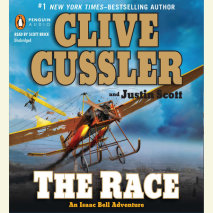 audio
The Race
Author: Clive Cussler and Justin Scott | Narrator: Scott Brick
Release Date: September 06, 2011
Detective Isaac Bell returns, in the remarkable new adventure from the #1 New York Times-bestselling author. It is 1910, the age of flying machines is still in its infancy, and newspaper publisher Preston Whiteway is offering $50,000 for the first ...
ABOUT THIS AUDIOBOOK
$22.50
ISBN: 9781101523421
Unabridged Download 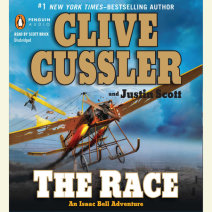 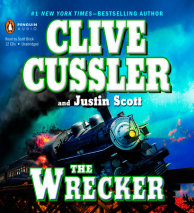 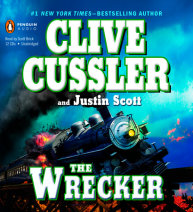