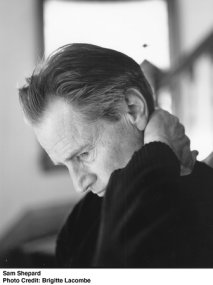 SAM SHEPARD was the Pulitzer Prize–winning author of more than fifty-five plays, three story collections, and the novels The One Inside and Spy of the First Person. As an actor, he appeared in more than sixty films, and received an Oscar nomination in 1984 for The Right Stuff. He was a finalist for the W. H. Smith Literary Award for his story collection Great Dream of Heaven. In 2012 he was awarded an honorary doctorate from Trinity College, Dublin. He was a member of the American Academy of Arts and Letters, received the Gold Medal for Drama from the Academy, and was inducted into the Theater Hall of Fame. He died in 2017. 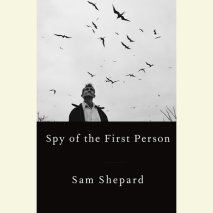 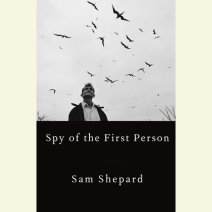 audio
The One Inside
Author: Sam Shepard and Patti Smith | Narrator: Patti Smith and Bill Pullman
Release Date: February 07, 2017
The first work of long fiction from the Pulitzer Prize-winning playwright—a tour de force of memory, mystery, death, and life.   This searing, extraordinarily evocative narrative opens with a man in his house at dawn, surrounded by aspens,...
ABOUT THIS AUDIOBOOK
$15
ISBN: 9781524757014
Unabridged Download