Ben Sherwood is the author of The Man Who Ate the 747, a national bestseller that has been translated into thirteen languages. He was an award-winning journalist with NBC and ABC News, and his writing has appeared in The New York Times, The Washington Post, and Los Angeles Times. Educated at Harvard and Oxford, he lives with his wife in New York and Los Angeles, and is working on a new novel. 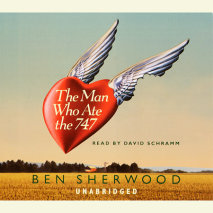 The Man Who Ate the 747
Author: Ben Sherwood | Narrator: David Schramm
Release Date: August 29, 2000
This is the story of the greatest love, ever....J. J. Smith, Keeper of the Records for The Book of Records, is an ordinary man searching for the extraordinary. J.J. has clocked the world’s longest continuous kiss. He has verified the lengthiest...
ABOUT THIS AUDIOBOOK
$12.95
ISBN: 9780553752892
Unabridged Download 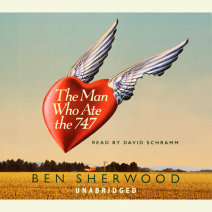