Simon Singh is the author of Fermat’s Enigma and The Code Book. He lives in London. He received his Ph.D. in physics from the University of Cambridge.  A BBC producer, he directed and coproduced an award-winning documentary film on Fermat's last Theorem that aired on PBS's "Nova" series. 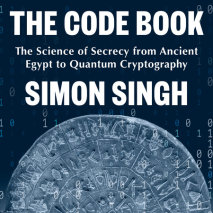 The Code Book
Author: Simon Singh |
Release Date: November 15, 2022
In his first book since the bestselling Fermat's Enigma, Simon Singh offers the first sweeping history of encryption, tracing its evolution and revealing the dramatic effects codes have had on wars, nations, and individual lives. From Mary, Queen of ...
ABOUT THIS AUDIOBOOK
$22.50
ISBN: 9780593554272
Unabridged Download 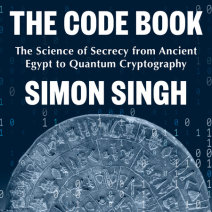