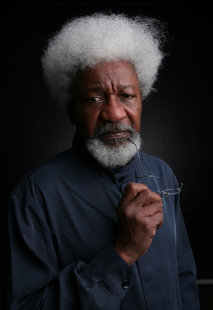 WOLE SOYINKA was awarded the Nobel Prize in Literature in 1986. Born in Abeokuta, Nigeria, in 1934, he is an author, playwright, poet, and political activist whose prolific body of work includes The Interpret­ers, his debut novel that was published in 1965, and Death and the King's Horseman, a play that was first performed in 1976. So­yinka was twice jailed in Nigeria for his crit­icism of the Nigerian government, and he destroyed his U.S. Green Card in 2016 when Donald Trump was elected president of the United States. 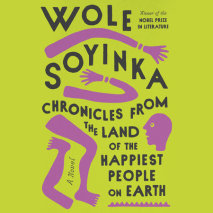 audio
Chronicles from the Land of the Happiest People on Earth
Author: Wole Soyinka | Narrator: Michael Obiora
Release Date: September 28, 2021
A NEW YORK TIMES NOTABLE BOOK OF THE YEAR • The first Black winner of the Nobel Prize in Literature gives us a tour de force, combining "elements of a murder mystery, a searing political satire and an Alice in Wonderland-like modern allegory of ...
ABOUT THIS AUDIOBOOK
$27.50
ISBN: 9780593459584
Unabridged Download 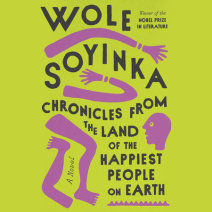