Jerry Stiller was born in New York City in 1927 and began his award-winning career as part of the famed improvisational group The Compass. He and his wife, Anne Meara, played every major nightclub in the country and appeared on The Ed Sullivan Show more than thirty-five times. His many stage credits include the Broadway productions of Hurlyburly and The Ritz; he has appeared in many films, notable among them is Hairspray, The Taking of Pelham One Two Three, and Seize the Day. He currently appears on the hit television series, The King of Queens. 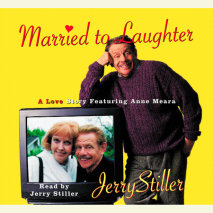 Married to Laughter
Author: Jerry Stiller | Narrator: Jerry Stiller
Release Date: August 08, 2000
Jerry Stiller and Anne Meara began performing together in coffehouses in Greenwich Village in the 1960's, and then as frequent guests on The Ed Sullivan Show. They based their standup characters on exaggerated vrsions of themselves, especially in th...
ABOUT THIS AUDIOBOOK
$12.95
ISBN: 9780553752861
Abridged Download 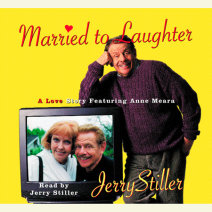