Noel Streatfeild was born in Sussex in 1895 and was one of three sisters. Although she was considered the plain one she ended up leading the most glamorous and exciting life! After working in munitions factories and canteens for the armed forces when WWI broke out, Noel followed her dream of being on stage and went to the Royal Academy of Dramatic Arts, where she became a professional actress. She began writing children's books in 1931 and Ballet Shoes was published in 1936. She quickly became one of the most popular authors of her day. When she visited Puffin exhibitions, there were queues right out of the building and all the way down the Mall. She was one of the first winners of the Carnegie Medal and was awarded an OBE in 1983. Noel Streatfeild lived in London. She died in 1986.

audio
Theater Shoes
Author: Noel Streatfeild | Narrator: Elizabeth Sastre
Release Date: August 09, 2005
A beautiful gift edition of the beloved classic about three orphan siblings and their love of music, theater, and dance.   When orphans Sorrel, Mark, and Holly are sent to live with their grandmother, a famous English actress, she enrolls them i...
ABOUT THIS AUDIOBOOK
$13
ISBN: 9780307206961
Unabridged Download 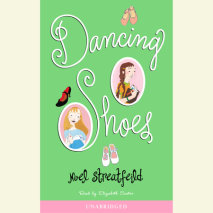 audio
Dancing Shoes
Author: Noel Streatfeild | Narrator: Elizabeth Sastre
Release Date: January 11, 2005
A beautiful gift edition of the beloved classic about two orphan sisters and their newfound love of theater and dance.   After losing their mother, Rachel and her adopted sister Hilary move in with their aunt, Cora Wintle. Cora runs a danc...
ABOUT THIS AUDIOBOOK
$13
ISBN: 9781400098866
Unabridged Download 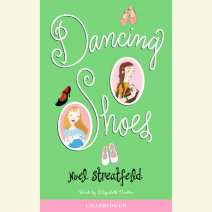 Ballet Shoes
Author: Noel Streatfeild | Narrator: Elizabeth Sastre
Release Date: November 23, 2004
Three orphan girls. A pair of pink slippers. A lifetime in the spotlight. Read the classic that has captivated generations! Pauline, Petrova, and Posy love their quiet life together. They are orphans who have been raised as sisters, and when the...
ABOUT THIS AUDIOBOOK
$15
ISBN: 9781400091416
Unabridged Download 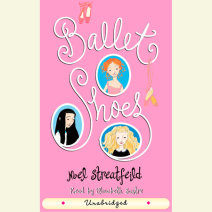