William Makepeace Thackeray was born in Calcutta (now Kolkata) in 1811, but was sent to England at the age of six. After his education at Charterhouse and Trinity College, Cambridge, having gambled away much of his fortune at university, he settled in Paris and tried a career as a painter. It was here that he met 19-year-old Isabella Shawe, upon whom he based many of his virtuous but weak heroines, and whom he married in 1836, before returning to London with her a year later. He was a novelist and journalist, writing prolifically for numerous periodicals and magazines. Vanity Fair was first published as a 20-part serial in Punch in 1847-48. He became editor of the newly established Cornhill Magazine in 1860. Thackeray, who had a penchant for eating and drinking heavily and led a generally unhealthy lifestyle, died suddenly of a stroke in 1863. 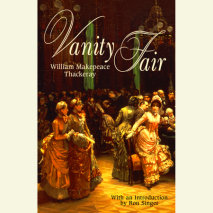 Vanity Fair
Author: William Makepeace Thackeray | Narrator: Jill Masters
Release Date: January 01, 1989
"I do not say there is no character as well drawn in Shakespeare [as D'Artagnan]. I do say there is none that I love so wholly."--Robert Louis Stevenson"The lasting and universal popularity of The Three Musketeers shows that Dumas, by ...
ABOUT THIS AUDIOBOOK
$35
ISBN: 9781415909775
Unabridged Download 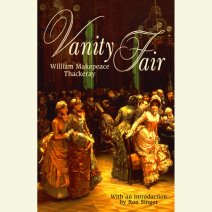