Kobo Abe was born in Tokyo in 1924 and grew up in Mukden, Manchuria, during World War II. In 1948 he received a medical degree from Tokyo Imperial University, but he never practiced medicine. Considered one of Japan’s foremost novelists, his most famous works include The Face of Another (1964), The Box Man (1973), Secret Rendezvous (1977), and The Ark Sakura (1984). All of Abe’s books have been bestsellers in Japan and he was the recipient of numerous literary awards and prizes, including the Yomiuri Prize for The Woman in the Dunes in 1962. He collaborated with director Hiroshi Teshigahara on film adaptations of four of his novels—including The Woman in the Dunes—and was also widely known as a dramatist. He died in 1993. 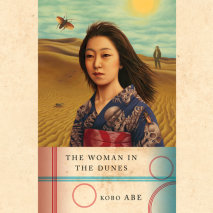 audio
The Woman in the Dunes
Author: Kobo Abe | Narrator: Julian Cihi
Release Date: September 18, 2018
The Woman in the Dunes, by celebrated writer and thinker Kobo Abe, combines the essence of myth, suspense and the existential novel.   After missing the last bus home following a day trip to the seashore, an amateur entomologist is offered lodgi...
ABOUT THIS AUDIOBOOK
$17.50
ISBN: 9781984829184
Unabridged Download 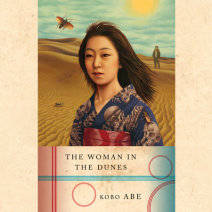