Gore Vidal (1925–2012) was born at the United States Military Academy at West Point. His first novel, Williwaw, written when he was 19 years old and serving in the army, appeared in the spring of 1946. He wrote 23 novels, five plays, many screenplays, short stories, well over 200 essays, and a memoir. 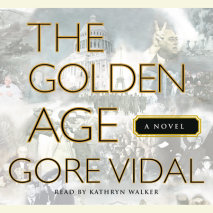 The Golden Age
Author: Gore Vidal | Narrator: Kathryn Walker
Release Date: September 19, 2000
The Golden Age is the concluding volume in Gore Vidal's celebrated and bestselling Narratives of Empire series-a unique pageant of the national experience from the United States' entry into World War Two to the end of the Korean War.The historical no...
ABOUT THIS AUDIOBOOK
$19.95
ISBN: 9780553753073
Abridged DownloadUnabridged Download 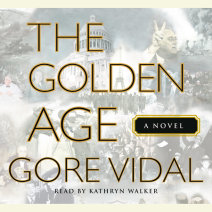