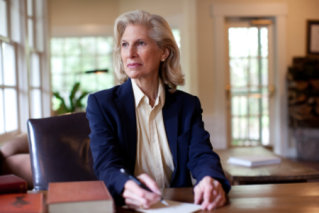 Janet Wallach is the author of The Richest Woman in America: Hetty Green in the Gilded Age, as well as Seraglio and Chanel: Her Style and Her Life. She is also coauthor, with her husband John Wallach, of three previous books on the Middle East: The New Palestinians; Arafat: In the Eyes of the Beholder; and Still Small Voices: The Real Heroes of the Arab-Israeli Conflict. She lives in New York City.

Janet Wallach is represented by the Knopf Speakers Bureau ( http://www.knopfspeakersbureau.com ). 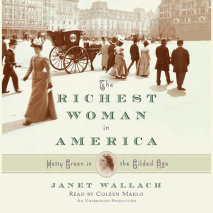 audio
The Richest Woman in America
Author: Janet Wallach | Narrator: Coleen Marlo
Release Date: September 25, 2012
A captivating biography of America's first female tycoon, Hetty Green, the iconoclast who forged one of the greatest fortunes of her time.     No woman in the Gilded Age made as much money as Hetty Green. At the time of her d...
ABOUT THIS AUDIOBOOK
$20
ISBN: 9780449806722
Unabridged Download 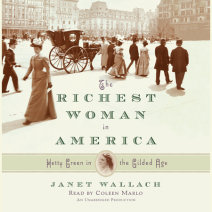 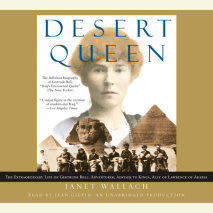 audio
Desert Queen
Author: Janet Wallach | Narrator: Jean Gilpin
Release Date: September 04, 2012
Turning her back on her privileged life in Victorian England, Gertrude Bell (1868-1926), fired by her innate curiosity, journeyed the world and became fascinated with all things Arab. Traveling the length and breadth of the Arab region, armed with a ...
ABOUT THIS AUDIOBOOK
$30
ISBN: 9780449806753
Unabridged Download 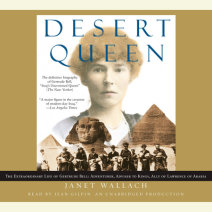