Tim Weiner has won the Pulitzer Prize for his reporting and writing on secret intelligence and national security. As a correspondent for The New York Times, he covered the Central Intelligence Agency in Washington and terrorism in Afghanistan, Pakistan, the Sudan, and other nations. His Legacy of Ashes: The History of the CIA won the National Book Award and was acclaimed as one of the year’s best books by The New York Times, The Economist, The Washington Post, Time, and many other publications. The Wall Street Journal called Betrayal “the best book ever written on a case of espionage.” 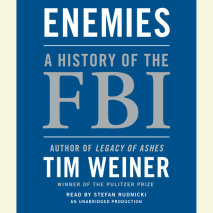 audio
Enemies
Author: Tim Weiner | Narrator: Stefan Rudnicki
Release Date: February 14, 2012
“Turns the long history of the FBI into a story that is as compelling, and important, as today’s headlines.”—Jeffrey Toobin, author of American Heiress NATIONAL BESTSELLER • Named One of the Best Books of the Year by...
ABOUT THIS AUDIOBOOK
$27.50
ISBN: 9780307933942
Unabridged Download 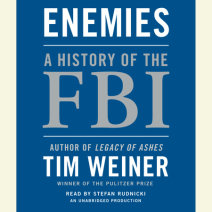