Robert Whiting is the author of You Gotta Have Wa and is one of the very few Westerners to write a regular column in the Japanese press. He has appeared as a commentator in documentaries about Japan and on such shows as Larry King Live and The MacNeil-Lehrer Newshour. He has also written for The New York Times, Sports Illustrated, Smithsonian, Newsweek, U.S. News and World Report, and Time, among other publications. He lives in Tokyo. 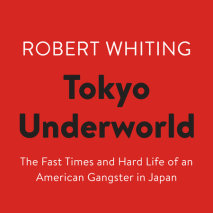 audio
Tokyo Underworld
Author: Robert Whiting | Narrator: Oliver Wyman
Release Date: July 07, 2020
A riveting account of the role of Americans in the evolution of the Tokyo underworld in the years since 1945.In the ashes of postwar Japan lay a gold mine for certain opportunistic, expatriate Americans.  Addicted to the volatile energy of ...
ABOUT THIS AUDIOBOOK
$22.50
ISBN: 9780593286425
Unabridged Download 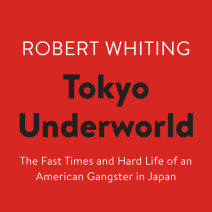