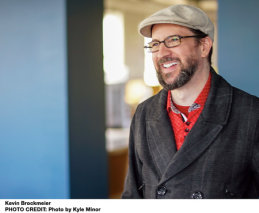 In addition to his most recent work, A Few Seconds of Radiant Filmstrip, KEVIN BROCKMEIER is the author of the novels The Illumination, The Brief History of the Dead, and The Truth About Celia; the story collections Things That Fall from the Sky and The View from the Seventh Layer; and the children’s novels City of Names and Grooves: A Kind of Mystery. His work has been translated into seventeen languages. He has published his stories in such venues as The New Yorker, The Georgia Review, McSweeney’s, Zoetrope, Tin House, The Oxford American, The Best American Short Stories, The Year’s Best Fantasy and Horror, and New Stories from the South. He has recieved the Borders Original Voices Award, three O. Henry Awards (one, a first prize), the PEN USA Award, a Guggenheim Fellowship, and an NEA Grant. In 2007, he was named one of Granta magazine’s Best Young American Novelists He teaches frequently at the Iowa Writers’ Workshop, and he lives in Little Rock, Arkansas, where he was raised.

The Ghost Variations will be published by Pantheon Books in March 2021. 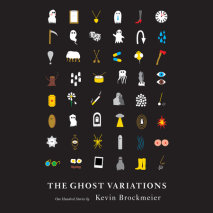 audio
The Ghost Variations
Author: Kevin Brockmeier | Narrator: Vikas Adam
Release Date: March 09, 2021
The author of the acclaimed novel The Brief History of the Dead now gives us one hundred funny, poignant, scary, and thought-provoking ghost stories that explore all aspects of the afterlife.A spirit who appears in a law firm reliving the exact momen...
ABOUT THIS AUDIOBOOK
$17.50
ISBN: 9780593212974
Unabridged Download 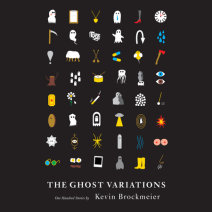 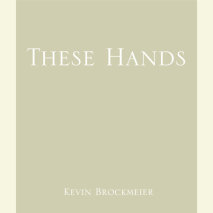 These Hands
Author: Kevin Brockmeier | Narrator: Andre Sogliuzzo
Release Date: January 30, 2001
"Caroline is watchful and sincere, shy yet earnest. She seldom speaks, and when she does her lips scarcely part, so that sometimes Lewis must listen closely to distinguish her voice from the cycling of her breath. Her eyes are a miracle - a startled ...
ABOUT THIS AUDIOBOOK
$4.96
ISBN: 9780375419386
Unabridged Download 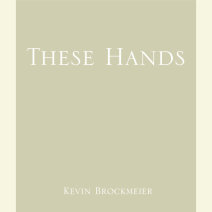