KENNETH L. WOODWARD, edited Newsweek's Religion section from 1964 until his retirement in 2002. He remained a writer-at-large at Newsweek until 2009. He is the author of Making Saints: How the Catholic Church Determines Who Becomes a Saint and Who Doesn't and The Book of Miracles: The Meaning of the Miracle Stories in Christianity, Judaism, Buddhism, Hinduism, and Islam. 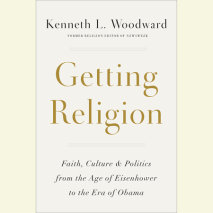 audio
Getting Religion
Author: Kenneth L. Woodward | Narrator: Peter Altschuler
Release Date: September 13, 2016
"In this thoughtful book, Ken Woodward offers us a memorable portrait of the past seven decades of American life and culture. From Reinhold Niebuhr to Billy Graham, from Abraham Heschel to the Dali Lama, from George W. Bush to Hillary Clinton, Woodwa...
ABOUT THIS AUDIOBOOK
$25
ISBN: 9780735285408
Unabridged Download 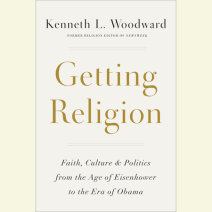