Svetlana Alexievich was born in Ivano-Frankivsk, Ukraine, in 1948 and has spent most of her life in the Soviet Union and present-day Belarus, with prolonged periods of exile in Western Europe. Starting out as a journalist, she developed her own nonfiction genre, which gathers a chorus of voices to describe a specific historical moment. Her works include War’s Unwomanly Face (1985), Last Witnesses (1985), Zinky Boys (1990), Voices from Chernobyl (1997), and Secondhand Time (2013). She has won many international awards, including the 2015 Nobel Prize in Literature “for her polyphonic writings, a monument to suffering and courage in our time.” 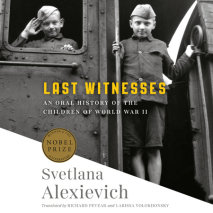 audio
Last Witnesses
Author: Svetlana Alexievich, Richard Pevear and Larissa Volokhonsky | Narrator: Julia Emelin and Allen Lewis Rickman
Release Date: July 02, 2019
“A masterpiece” (The Guardian) from the Nobel Prize–winning writer, an oral history of children’s experiences in World War II across RussiaNAMED ONE OF THE BEST BOOKS OF THE YEAR BY THE WASHINGTON POST For more than three dec...
ABOUT THIS AUDIOBOOK
$20
ISBN: 9781524708467
Unabridged Download 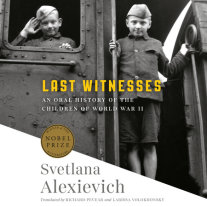 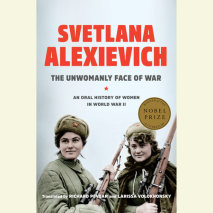 audio
The Unwomanly Face of War
Author: Svetlana Alexievich, Richard Pevear and Larissa Volokhonsky | Narrator: Julia Emelin and Yelena Shmulenson
Release Date: July 25, 2017
A long-awaited English translation of the groundbreaking oral history of women in World War II across Europe and Russia—from the winner of the Nobel Prize in Literature“A landmark.”—Timothy Snyder, author of On Tyranny: T...
ABOUT THIS AUDIOBOOK
$22.50
ISBN: 9781524708481
Unabridged Download 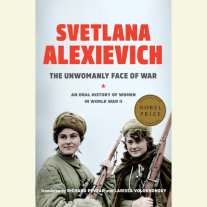 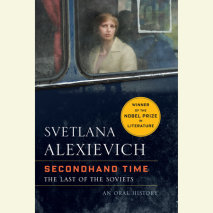 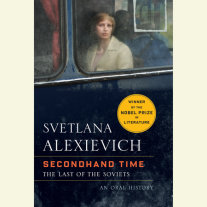