First appointed in 1993, Arthur Levitt was the longest-serving chairman of the Securities and Exchange Commission. He was also chairman of the New York City Economic Development Corporation and the American Stock Exchange. He cofounded the brokerage firm that eventually became Citigroup. He lives in Connecticut and is currently a director of Bloomberg LP. 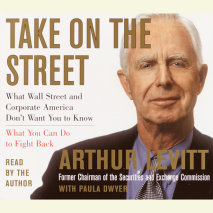 Take on the Street
Author: Arthur Levitt | Narrator: Arthur Levitt
Release Date: October 08, 2002
Investors today are being fed lies and distortions, are being exploited and neglected. In the wake of the last decade’s rush to invest by millions of households and Wall Street’s obsession with short-term performance, a culture of gamesma...
ABOUT THIS AUDIOBOOK
$20
ISBN: 9780736697767
Abridged DownloadUnabridged Download 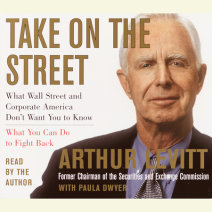