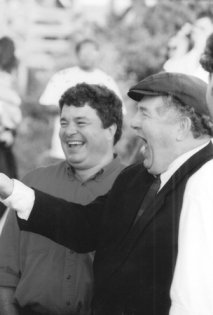 Timothy B. Tyson is a senior research scholar at the Center for Documentary Studies at Duke University, a visiting professor of American Christianity and Southern culture at Duke Divinity School, and an adjunct professor of American studies at the University of North Carolina. Radio Free Dixie: Robert F. Williams and the Roots of Black Power won the James Rawley Prize for best book on race and the Frederick Jackson Turner Prize for best first book in US history from the Organization of American Historians. Blood Done Sign My Name (2004) was a finalist for the National Book Critics Circle Award and won the Southern Book Award for Nonfiction and the Grawemeyer Award in Religion, among others. He serves on the executive board of the North Carolina NAACP. 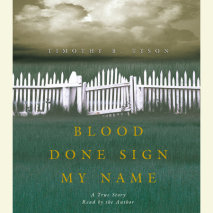 Blood Done Sign My Name
Author: Timothy B. Tyson | Narrator: Timothy B. Tyson
Release Date: May 18, 2004
The “riveting”* true story of the fiery summer of 1970, which would forever transform the town of Oxford, North Carolina—a classic portrait of the fight for civil rights in the tradition of To Kill a Mockingbird *Chic...
ABOUT THIS AUDIOBOOK
$19.95
ISBN: 9781415904411
Abridged DownloadUnabridged Download 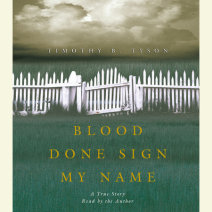