William Golding was born on September 19, 1911, in Cornwall, England. After graduating from Oxford, he worked briefly as a theater actor and director, wrote poetry, and then became a schoolteacher. In 1940, a year after England entered World War II, Golding joined the Royal Navy, where he participated in the invasion of Normandy. Golding’s experience in World War II had a profound effect on his view of humanity and the evils of which it was capable. After the war, Golding resumed teaching and started to write novels. His first and greatest success came with Lord of the Flies (1954), which ultimately became a bestseller in both Britain and the United States after more than twenty publishers rejected it. In 1983 he was awarded the Nobel Prize for Literature. Golding died in 1993. 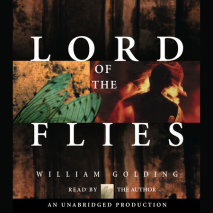 audio
Lord of the Flies
Author: William Golding | Narrator: William Golding
Release Date: November 26, 2002
William Golding's classic novel of primitive savagery and survival is one of the most vividly realized and riveting works in modern fiction. The tale begins after a plane wreck deposits a group of English school boys, aged six to twelve on an isolat...
ABOUT THIS AUDIOBOOK
$15
ISBN: 9780807209554
Unabridged Download 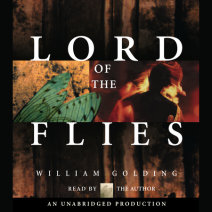