Former vice president Al Gore is co-founder and chairman of both Generation Investment Management and Current TV. He is also a senior partner at Kleiner Perkins Caufield & Byers, and a member of Apple Inc.’s board of directors. Gore spends the majority of his time as chairman of The Climate Reality Project, a nonprofit devoted to solving the climate crisis. Gore was elected to the U.S. House of Representatives four times and the U.S. Senate twice. He served eight years as vice president. He authored the bestsellers Earth in the Balance, An Inconvenient Truth, The Assault on Reason, Our Choice, and The Future. He is a co-recipient of the 2007 Nobel Peace Prize. 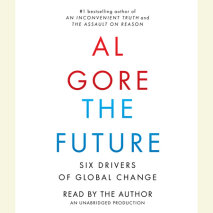 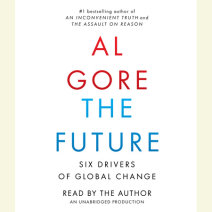 The Assault on Reason
Author: Al Gore | Narrator: Will Patton
Release Date: May 22, 2007
A visionary analysis of how the politics of fear, secrecy, cronyism, and blind faith has combined with the degration of the public sphere to create an environment dangerously hostile to reason At the time George W. Bush ordered American forces to in...
ABOUT THIS AUDIOBOOK
$20
ISBN: 9781429586467
Unabridged Download