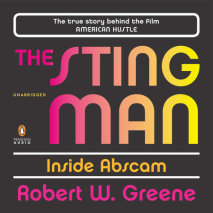 The Sting Man
Author: Robert W. Greene | Narrator: Edoardo Ballerini
Release Date: December 02, 2013
The true story behind the film AMERICAN HUSTLE The Sting Man is the amazing inside story of Mel Weinberg, one of the most fascinating fast-buck operators to ever live, and the incredible scandals he masterminded. Hustling his way from the street...
ABOUT THIS AUDIOBOOK
$20
ISBN: 9780698156548
Unabridged Download 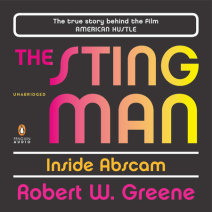