Richard Mosher was born in India and has lived in at least as many places as Uncle Hank, including France, Costa Rica, Ireland, and the Dominican Republic.

A former New York City cab-driver for five years, Mr. Mosher has also trimmed elm trees in Maine, worked in an automobile plant in Michigan, taught school in West Virginia, built houses in Wisconsin and Minnesota, and, for four years in the 1970s, worked as a brakeman on the Chicago & Northwestern Railroad.

Mr. Mosher and his wife, Christine Tschida, live in St. Paul, Minnesota. This is his first novel for young people. 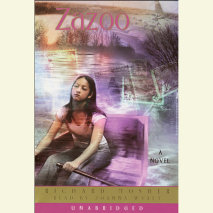 audio
Zazoo
Author: Richard Mosher | Narrator: Joanna Wyatt
Release Date: July 23, 2002
Zazoo is Vietnamese by birth but feels entirely French. She has lived with her adoptive Grand-Pierre in France in an old stone mill between the river and the canal since she was two, sharing poetry, adventures, and the predictable rhythms of the seas...
ABOUT THIS AUDIOBOOK
$13.95
ISBN: 9780807208410
Unabridged Download 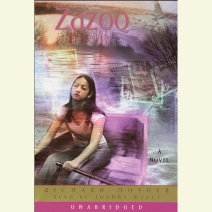