Andy Bull is a senior sportswriter for The Guardian. In the decade he has been working there, he has covered more than fifty different sports and has received multiple nominations and commendations at both the British Press Awards and the Sports Journalism Awards. Speed Kings is his first book. 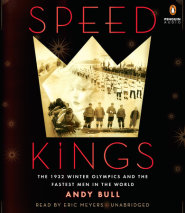 audio
Speed Kings
Author: Andy Bull | Narrator: Eric Meyers
Release Date: October 20, 2015
A story of risk, adventure, and daring as four American bobsledders race for the gold in the most dangerous competition in Olympic history.   In the 1930s, as the world hurtled toward war, speed was all the rage. Bobsledding, the fastest and mos...
ABOUT THIS AUDIOBOOK
$22.50
ISBN: 9780698412316
Unabridged Download 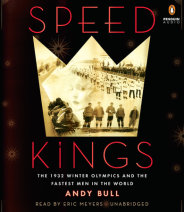