Nina Burleigh is an award-winning journalist and author of a number of books, including Mirage: Napoleon's Scientists and the Unveiling of Egypt, which was selected by the New York Times as an Editors' Choice and won the Society of Women Educators' Award in 2008. She has been a staff writer at Time and People, and her articles have appeared in the New York Times, Washington Post, and Huffington Post. 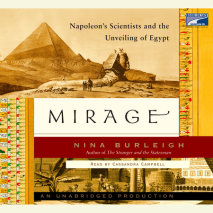 Mirage
Author: Nina Burleigh | Narrator: Cassandra Campbell
Release Date: December 04, 2007
Little more than two hundred years ago, only the most reckless or eccentric Europeans had dared traverse the unmapped territory of the modern-day Middle East. Its history and peoples were the subject of much myth and speculation–and no region a...
ABOUT THIS AUDIOBOOK
$20
ISBN: 9781415945155
Unabridged Download 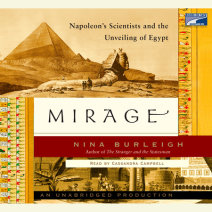